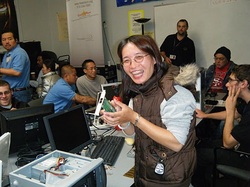 "One World, One Web: On OneWebDay, people worldwide celebrate the democratizing power of the Internet by working to give everyone fast, affordable access to the Web," www.YesMagazine.org, Sept 24, 2009